Every image that you choose to place on your poster board MUST include the following information in a caption places below, beside, or above the image/graphic:

Winslow Homer and The Sea 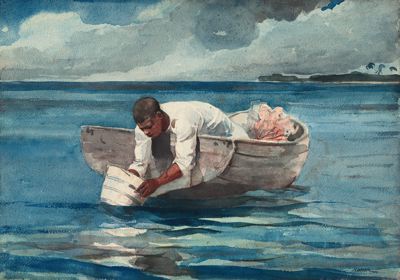 Why did I choose Homer?     What do I like best about his work?     How did Homer influence my art?      What impact did Homer have on the art world?

many years in New England           in the USA". He was a student of            depth.  Water is extremely challenging   He emerged in his totality as a watercolour painter after working

and will always serve as a subject   during his lifetime, Homer has more         of colors of deepening hue is something