"He had hardly been ordained priest, when the director of his conscience, carried off by death, bequeathed to him the office of directing the Sisters of the Infant Jesus, whom he had instituted for the gratuitous teaching of poor little girls. Thanks to his prudence and firmness in discharging this duty, John succeeded in saving this Institute, which serious difficulties had threatened with almost certain ruin; he even obtained from the king Letters patent, providing for the security of the Religious and the wants of the schools in the future" (17-18).

"Father Roland had formed the project of employing, in the education of boys, the same means he had used in that of girls; but death prevented the execution of his design.  However, sometime afterwards, there came to Rheims a schoolmaster named Adrien Niel, sent by a lady-relative of John, to consult with him about the establishment of schools for boys.  John immediately saw the great difficulties that such an enterprise would meet with; nevertheless, he praised the design and promised his support to Niel.  He began by praying earnestly to God for light; then, filled with diffidence in himself, he asked the advice of the most prudent members of the clergy.  When he obtained  their approbation, a first school, which had been long expected, was finally established in the parish of St. Maurice; then a second, some months later at St. James'. But, whilst the pupils crowded in, teachers were lacking; besides, Niel, who was at their head, allowed himself to be carried away by the vivacity of his excessively ardent disposition, and was too often absent.  John was not without perceiving the danger: to maintain the teachers in duty, he often visited and advised them; subsequently, in order to render his assistance more efficacious, he assembled them in a house near his own. Finally, recognizing in Niel sufficient qualifications to teach but not to form teachers, John determined to bring them together into his own house, and to make the sacrifice of living in common with them: this he did on the feast of the holy Precursor in 1681, after consultation with some men of great prudence. But, as his family did not, without reluctance, submit to this kind of life which they judged unworthy of their nobility, John, in the following year and on the same day, established himself in another house with his group of teachers, and there fixed the seat of his Institute" (18)

". . . The great importance of this Institute appeared immediately to the eyes of the wise.  Through the efforts of John, and by the help of God, in the space of two years, schools were established at Rethel, Guise, Laon and Chateau-Porcien, and as they had for their direction, excellent masters, perfectly skilled in the art of teaching, there flocked to them in serried ranks, a multitude of children, for the greater good not only of themselves, but also of civil society and religion"(18-19).

"In 1688, as it was found desirable to form new educational establishments in Paris, an appeal was made to John, who went there with two Brothers.  Once there, not content with reorganizing the old schools, he also opened new ones; then he established a Novitiate for his Brothers at Vaugirard; he instituted Sunday schools, precursors of those which exist at the present time for the teaching of certain arts, and to promote the perseverance of young men in the practice of a Christian life; he founded, as at Rheims, a Seminary for the formation of lay teachers destined for country schools; finally, wishing to comply with a desire of King James II, then an exile from England, he assumed the direction of a College in which forty young Irish nobles were to follow a complete course of instruction, and to be educated in conformity with the principles of Catholic piety" (21). 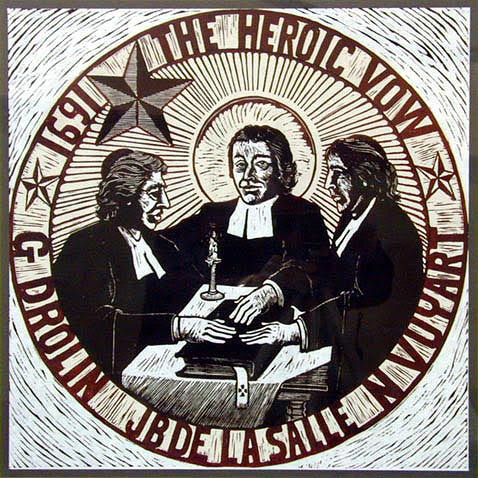 "About this time, John for the first time called together the members of the Institute in General Assembly. After having begun by piously entering into retreat, they discussed and decided many questions relative to rules, dress and vows. On the feast of the adorable Trinity, the holy Legislator and twelve of his Brothers, bound themselves by a temporary vow of obedience, which they made perpetual, ten years later, after a second General Assembly" (20). 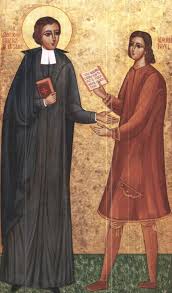 Location of the First Schools 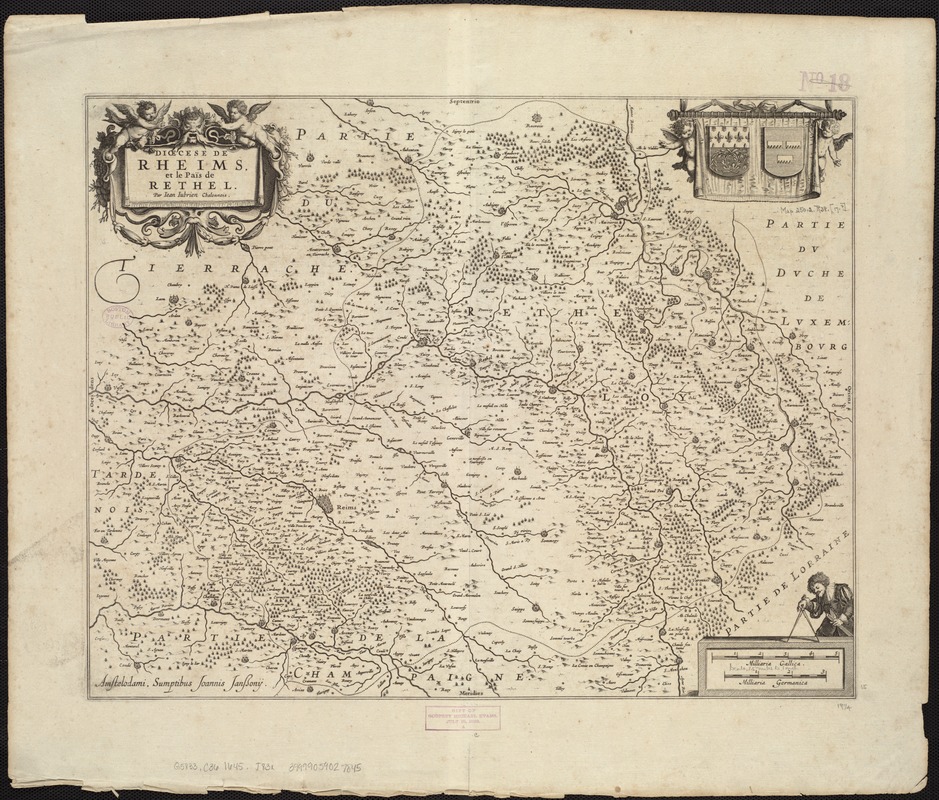