". . . He went to school at an early age, and acquitted himself of his new duties with so much modesty and application to study, that his teachers soon recognized in him a child with a great future, and acquainted his father with their hopes. The latter, who belonged to the magistracy of the city, had a love of predilection for John, the eldest of his seven children; he destined him to be the continuator and stay of his family. But it pleased God to decide otherwise.  The youth, under the influence of divine grace, chose the Lord for his portion, and resolved to solicit admission into the ecclesiastical state. His father, animated with deep religious sentiments, placed no obstacle to this design.  John showed himself so worthy of the habit he had put on, that he was made a canon of Rheims without any opposition; and he reflected honor on his position by the assiduous practice of the virtues of his state.  Four years later, he entered the seminary of St.Sulpice in Paris in order to pursue his course of theology" (16).

Guardian of the Family

"Here, his ardor for study and the sanctity of his life so well conciliated for him all hearts, that unanimous regrets accompanied him, when, at the death of his father, he was obliged to return home, in order to manage the affairs of his family, and the education of his younger brothers.  In the accomplishment of these duties, notwithstanding his youth, he manifested admirable prudence; he regulated all things in such a manner, that his house presented the appearance of a religious family" (16).

"In order to succeed the better, he confided the direction of his conscience to Nicholas Roland, the theologian of the Chapter of Rheims, a man of eminent virtue, who inspired him with the idea of giving himself entirely to the care of schools destined for the children of the people" (16-17).

"After having finished his course of theology with the most brilliant success, John was ordained priest in the course of his twenty-seventh year in the metropolitan church of Rheims on Saturday of Holy Week.  On the following day, he offered the Holy Sacrifice for the first time, without exterior pomp, as he had himself decided; but all the assistants were struck with admiration at the sight of the radiance of faith and charity that beamed from his countenance.  In the celebration of the holy Mysteries, he always preserved this piety, which shone in all his bearing, and which often made so profound an impression on those present, that in leaving the church, they formed the resolution of thenceforward leading a more holy life" (17).

VISIT: In the Footsteps of De La Salle: The College des Bon Enfants 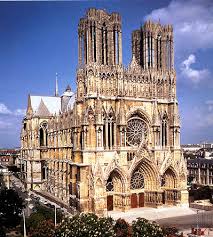 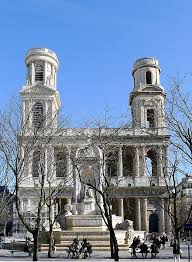